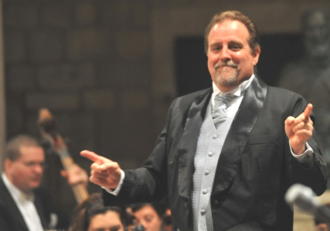 and Music Director of Bravo!

Vancouver).  She is the Founding

Conductor of the Bravo! Chorale.

Dr. Manzo has led the Chorale

Under her direction, the Chorale has performed with Melissa Manchester, Brubeck Brothers Quartet, Dubrovnik Symphony Orchestra (DSO) and others.  She led the Bravo! Chorale and DSO on a concert tour in Croatia and Bosnia-Herzegovina.  Dr. Manzo also led the Bravo! Chorale, Sno-King Chorale (Edmonds, WA) and Dubrovnik Symphony Orchestra in their Pacific Northwest tour in the fall of 2008 which featured American and Croatian choral music with concerts in Portland, Vancouver, Olympia, Edmonds, Seattle, Portland Center for the Performing Arts, Washington Performing Arts Center and Seattle Center.  The Bravo! Chorale released the CD recording Hear My Prayer: The American Spiritualunder her direction.  It features classic & contemporary American Spirituals, including those of Jester Hairston, Moses Hogan, William Dawson and others.  Dr. Manzo is recognized for her scholarship on the American Negro Spiritual, and is an authority on the music of the American choral composer and arranger Jester Hairston, composer of Amen and other well-known Spirituals.

Dr. Manzo’s Bravo! Chorale was invited to perform at the 25th Annual National Pastoral Musician’s Conference in Washington D.C.  This invitation developed into an East Coast concert tour with the Duke Ellington School of the Arts Jazz Orchestra in Washington D.C. and New York City featuring all-American sacred repertoire.  The New Washingtonians Jazz Orchestra from the Duke Ellington School of the Arts collaborated with Dr. Manzo on this tour, with a final concert at Lincoln Center’s Alice Tully Concert Hall in New York City.

She has led her choirs on tours to Italy, with concerts in Rome, Florence, Venice and Assisi; and regionally here in the Northwest with performances in Spokane, Seattle, Tacoma and Portland.  Maria has produced three CD recordings under her direction including: Then Sings My Soul; Hallelujah! A St. Joseph Christmas; and Songs in the Key of Faith.

An experienced Music Educator, Dr. Manzo taught Choral Music in the Spokane School District (Spokane, WA) and was Assistant Professor of Choral Music at North Carolina Wesleyan College.  She maintains an active private studio of piano and voice students ranging from Middle School students to adults.  Maria earned her B.A. and Master of Music degrees from Eastern Washington University and her Doctorate of Arts degree from the University of Northern Colorado.

Maria has performed extensively throughout the United States and Europe as a solo pianist and chamber musician.  Recent performances include the Beethoven Triple Concerto with the Dubrovnik Symphony Orchestra and concerts with the Brubeck Brothers Jazz Quartet at the Dubrovnik Wine & Jazz Festival in Dubrovnik, Croatia.​​​ 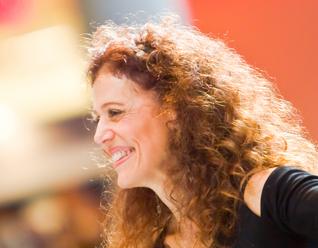 his music career at age 16 when

he produced his first concert

As an arts manager, Dr. Kissinger has raised and managed more than $7,500,000 for orchestra, choir, and jazz programs.

​Bravo! Concerts Northwest presents LIVE concerts in Portland Oregon and concerts in Vancouver of classical, jazz, sacred, pop and chamber music. It features one of the best choirs in Portland.